Music for Autism and Third Street Music School Settlement are thrilled to announce a free concert series through the spring of 2018! Our organizations have a multi-year history of partnering to produce Music for Autism’s signature concerts for individuals with autism and their families in Third Street’s incredible school. “We are honored to be able to offer not only the individuals with autism and their […] 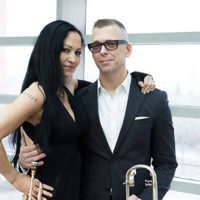 Music for Autism is so pleased to announce our 2017 Spotlight Artists: Kiku “Ninja Princess” Collins and David Gibson. The Spotlight Artist distinction is Music for Autism’s recognition of not just exceptional musicianship but also dedicated service to those with autism and their families. “With so much compassion, love, enthusiasm, grace and heart, Kiku and […] 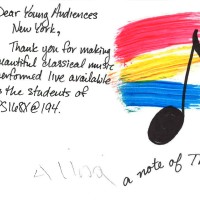 We recently received some lovely feedback from our last Young Audiences concert. Students at PS168X sent us some letters which made us and our wonderful artists, Christopher Scanlon and Nelly Rocha, so happy! 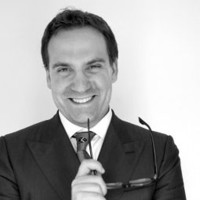 Robert Accordino MD, MSc, US Founder of Music for Autism and fellow in child and adolescent psychiatry at Massachusetts General Hospital and McLean Hospital, Harvard Medical School has been appointed one of the 2016-2017 White House Fellows. The White House Fellows program was created in 1964 by President Lyndon B. Johnson to give promising American […] 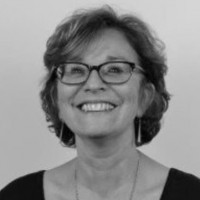 Music for Autism is thrilled to announce Elizabeth Santiso as its new Chief Executive Officer. Elizabeth has been a non profit leader for the past 15 years. Prior to Music for Autism, she was the Chief Operation Officer for Urban Arts Partnership, NYC’s largest arts-education organization. There she was responsible for devising and implementing the […] 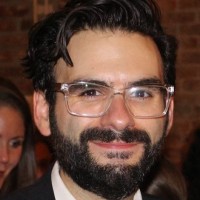 By Karen Mascolo This story originally appeared in Broadwayworld.com On Monday, October 12, 2015, at a benefit hosted by our Junior Board of Directors, Music for Autism named Joe Iconis as our 2015 Spotlight Artist, a distinction bestowed upon one musician in the United States annually. Joe has an extraordinary track record of contributing to our […] 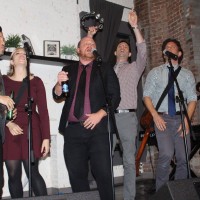 On a beautiful Monday evening in October, Music for Autism’s Junior Board hosted a crowd of over 100 young professionals, friends and loved ones at District CoWork for a vibrant and musical evening full of food, drinks, and phenomenal performances. Thanks to our fabulous and talented musician friends, guests were treated to Broadway caliber musical […] 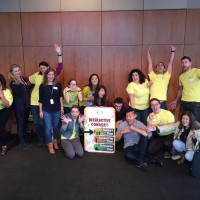 By Laura Lazar A magical afternoon was had by all at Lincoln Center on October 3, 2015, with the talented and vibrant performers from the Rodgers and Hammerstein’s “The King & I” on Broadway, Ali Elwolt, Kelvin Moon Loh, Ann Sanders & Andrew Resnick. The energy in the room was palpable. Everyone was dancing, interacting […]