Broadway is Dark, but Music for Autism is Open!

On the evening of February 25th, 2021, Music For Autism hosted a live, virtual fundraiser featuring 16 artists, duos, and groups from stage and screen alike. From musical theater classics to songs about chicken soup with rice and Long Island Amphibians, each performer filled the virtual space with wonder, love, and passion for Music For Autism and its mission. The evening, entitled Broadway is Dark, but Music for Autism is Open!, was attended by over 250 households and raised $23,000 for the organization.

Douglas Carter Beane—the evening’s witty and effervescent host—began the event by reminding the attendees that, “theater people are always doing something for others.” His words rang true as each performer proceeded to share their talents and unique experiences with Music For Autism. Ali Ewoldt shared her story of seeing a young boy with autism in the audience of The King and I on Broadway and how the boy so badly wanted to express himself and come on stage; Ewoldt’s story highlighted the impact and importance of Music For Autism’s judgment-free concert spaces.

Other performers, like CJ Pawlikowski, spoke about emotional moments during M4A concerts when kids would find the joy in the music and feel inclined to sing along with the artists. Brad Ellis and Eydie Alyson even recalled how a young M4A audience member wanted to harmonize with them during an M4A concert. Every performance and every story was a reminder that the ethos of Music for Autism is here to stay, even in the virtual theater world of the pandemic.

Each performer wore a stunning yellow Lingua Franca sweater, stitched with the words “Orchestrating Stronger Lives,” a phrase that represents both Music For Autism’s mission as well as the large community it has cultivated since its inception. Towards the end of the concert, Douglas Carter Beane surprised the audience with a special on-screen guest from his farm: an adorable duck! Beane’s friend must have inspired donors because shortly after his arrival on screen, it was announced that the event had reached its night-of donation goal of $10,000. 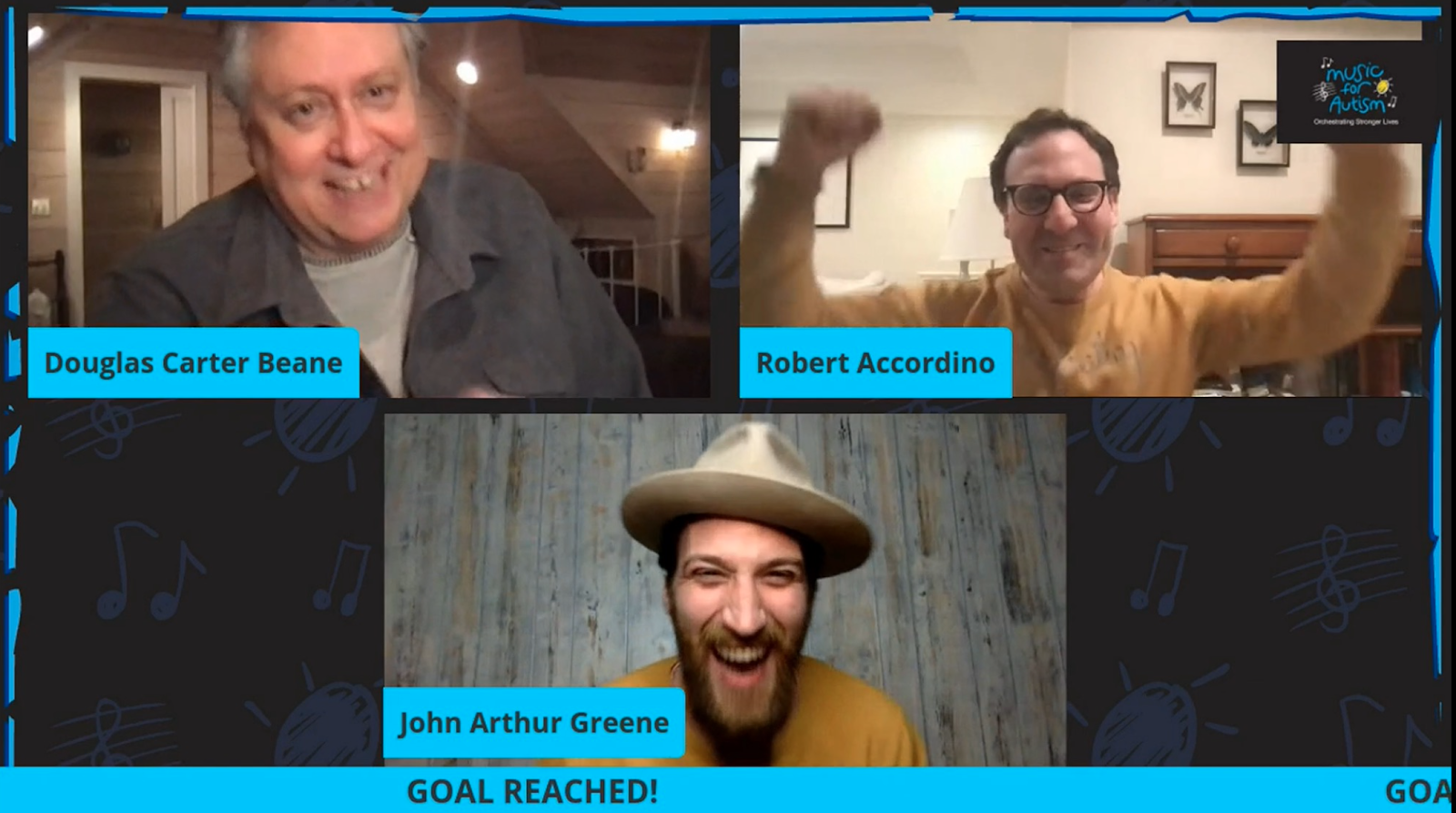 While Broadway may still be dark, the light of theater, self-expression, and community remains bright and strong in Music For Autism.

Check out a few more photos of our fabulous evening and thank you to all who joined us!