Last week the CDC announced that an estimated 1 in 68 children has an autism spectrum disorder, a 30% increase over its 2012 estimate. Click here to read the announcement: http://1.usa.gov/1iEIr1q “The news from the CDC underscores the critical need to intensify public policy and advocacy efforts to advance basic and applied research, access to evidence-based […] 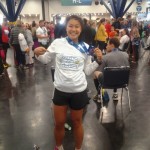 Congratulations to our amazing Junior Board Member Alice Shih LaCour for running the Houston Marathon on January 19.  It was a beautiful, sunny Texas day and there was not a cloud in the sky. Alice exceeded her running goal of under four hours by finishing in 3:53, coming in 70th in her division.  And, a […] 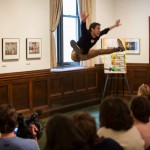 By Robert Accordino. We had the most fantastic concert to kick off our 2014 Music for Autism season on Saturday, January 25th in partnership with the 92Y! Five time Tony Award Nominee Douglas Carter Beane narrated the Cinderella story as two cast members from Rodgers and Hammerstein’s Cinderella on Broadway, Tony Award Winner Victoria Clark […] 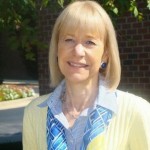 Jan Wintrol, Director of The Ivymount School and Programs and Music for Autism Board Member, was named 2013 Washingtonian of the Year.  This award is given by the Washingtonian Magazine and recognizes members of the community who work to make a meaningful difference and inspire awe in all around them. The article, which is in […]

Music for Autism’s Final Concert of 2013

Meaningful Music: A Look into Music for Autism

By Ryan Gardner. Originally published in the International Trumpet Guild® Journal, January 2014 Robert Accordino is the US Founder of Music for Autism. He is a physician who has carried out research on and worked clinically with individuals with autism and their families, as well as advocated for this population. Music has played an integral […]

Dr. Robert Accordino, US founder of Music for Autism, was asked to give a TEDx talk at Princeton University on November 23, 1013.  TEDx talks are independently organized lectures based on the TED Talk model.  The topic of the discussion at TEDx PrincetonU was “Disrupt” and many of the speakers focused on interdisciplinary work in […]

By Jane Dobkin. Music for Autism’s 2013 Spotlight Artist, John Arthur Greene, was an amazing emcee for a night of song at 54 Below in New York City on Monday, December 2.  John Arthur Greene, who is currently in Matilda on Broadway, hosted the evening by singing, announcing artists, speaking of his own experience performing […] 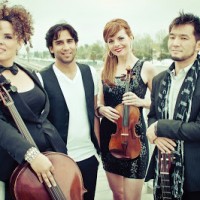 By Jane Dobkin. Our most recent LA concert, on October 13, in partnership with The Help Group, featured the recently Latin Grammy nominated Quattro.  It was a very exciting concert for both members of the audience and for the group performing. Quattro is composed of four accomplished musicians: Giovanna Moraga Clayton, Lisa Dondlinger, Kay-Ta Matsuno, […] 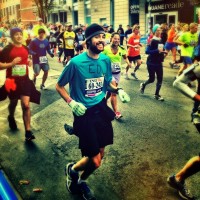 By Jane Dobkin. Music for Autism is so excited and proud of our Board member Jason Rich and Junior Board Member Ed Davisson for running the NYC Marathon on Sunday, November 3.  With your support they raised over $5,000 for M4A! It was a chilly, autumn day but fans lined the streets to cheer on […]