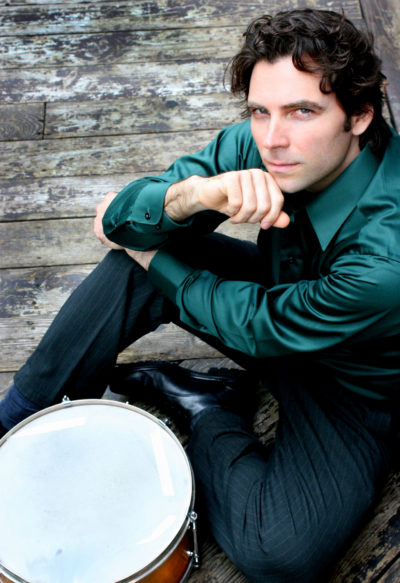 Justin has performed with the New York Philharmonic, the Chamber Music Society of Lincoln Center, the Moab Music Festival, the Chamber Music Society of Detroit, the Philharmonic Orchestra of the Americas, and the new music ensemble Alarm will Sound. As an educator, he has created programs for the New World Symphony, the Lincoln Center Institute, […]

Making her professional debut at the age of 6 on a television spot for BRAUNY, Justine is a graduate of the “famed” Los Angeles County High School for the Arts and later completed her BFA at the Conservatory Theatre Program at the State University of New York, Purchase. Justine continues to work as a voice over […] 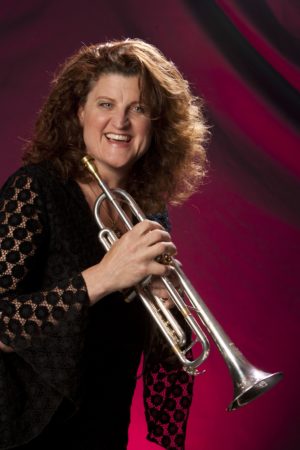 A singer with an “outstanding voice,” according to the Washington Post, soprano Karin Paludan performs regularly in the Washington, D.C., area and throughout the country in recitals, opera and operetta. In May 2013, her trio with tenor, Doug Bowles, and, pianist, Alex Hassan. was featured on NPR’s All Things Considered, interviewed by host Robert Siegel […] 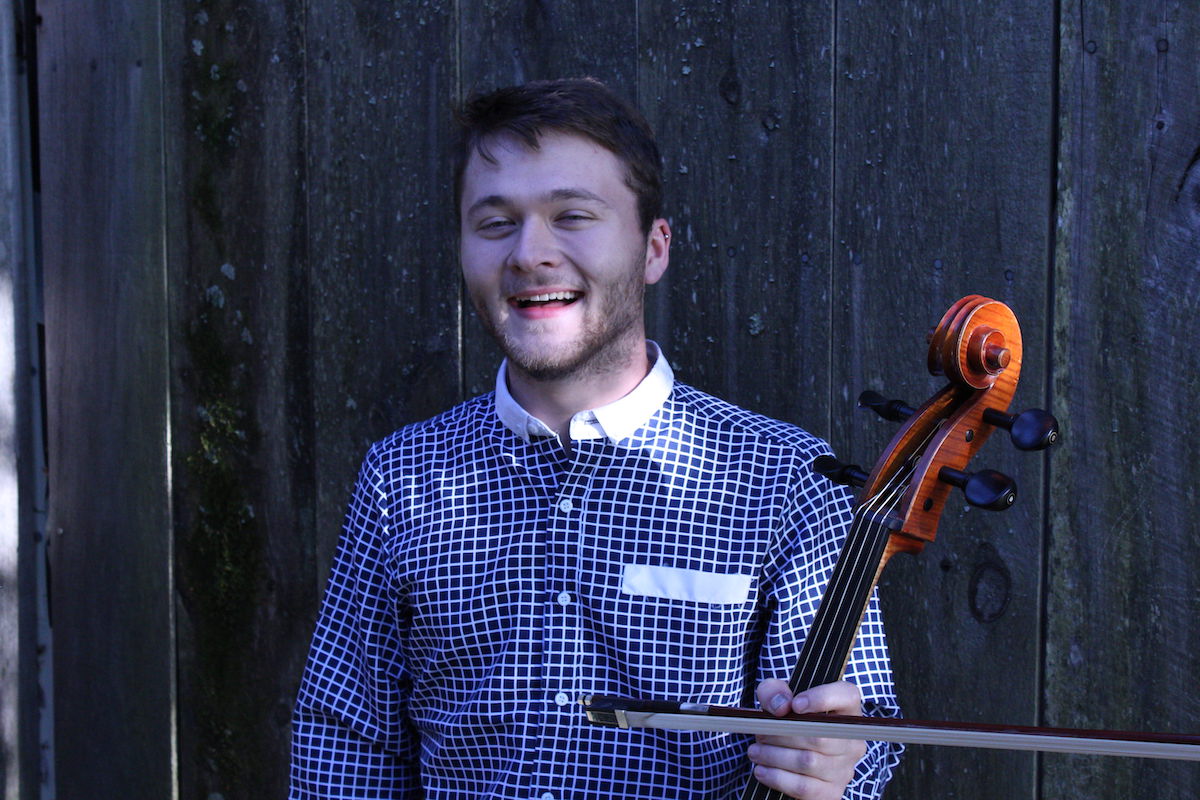 A Sioux Falls, South Dakota transplant, Karl Henry is a cellist and composer who plays in avariety of musical idioms. He recently graduated from Oberlin Conservatory, where he gained experience and a passion for new music, having debuted and recorded pieces by Elizabeth Ogonek and Stephen Hartke. During his time at school, Karl studied with […]

Kathleen Golding is a member of the Kennedy Center Opera House Orchestra and serves on the faculty at American University.  She has played co-principal oboe in the Orchestra de la Mineria in Mexico City, acting principal oboe with the Grant Park Symphony Orchestra in Chicago, and has participated in the Marlboro Music Festival in Vermont. […]

Kemp Jernigan performs extensively in and around New York City in ensembles varying in size and style. A graduate of the Yale School of Music, Kemp has been a guest artist at festivals such as Bridgehampton, Martha’s Vineyard Chamber Music Society, Ocean Reef, Washington Friends of Music, Black Hills Chamber Music Society, Millbrook Music Assembly, and […] 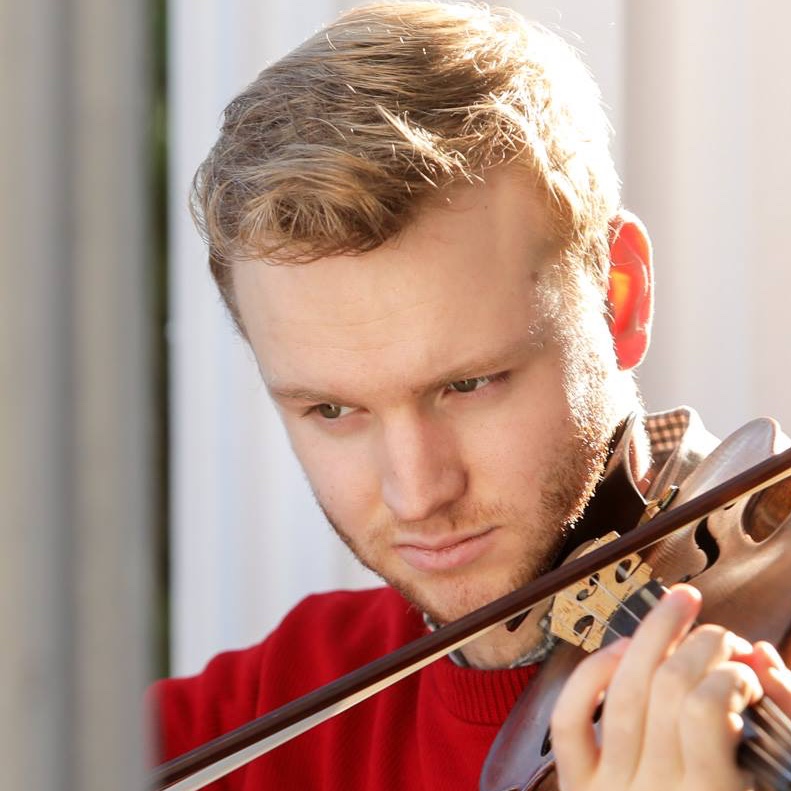 Described as “mesmerizing” by The Burlington Hawkeye Times, 22-year-old American violist Keoni Bolding has already established a career across the US & Europe. Keoni has performed as a soloist in notable American venues including Carnegie Hall, the Kennedy Center, and the US Capitol as well as international venues with the Rome Chamber Music Festival. As […]

Kerry  started  thinking about  the idea of using  music as a means of   making people happy, while  also helping them with certain  essential tasks or goals, i.e. getting  to school in the morning, etc. He thought  of other ideas and lessons, too, that were commonly  practiced, and he began to think of songs as concepts […] 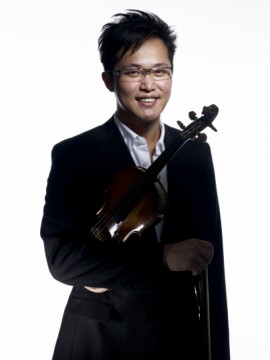 Taiwanese-American violinist Kevin Shue, hailed by Anthony Tommassini of the New York Times as a “promising violinist with rich, full sound, true musical sensitivity and considerable techniques”, performs at venues across the United States and Asia. Mr. Shue began his musical studies at the age of five. He received his Bachelor of Arts in Violin […] 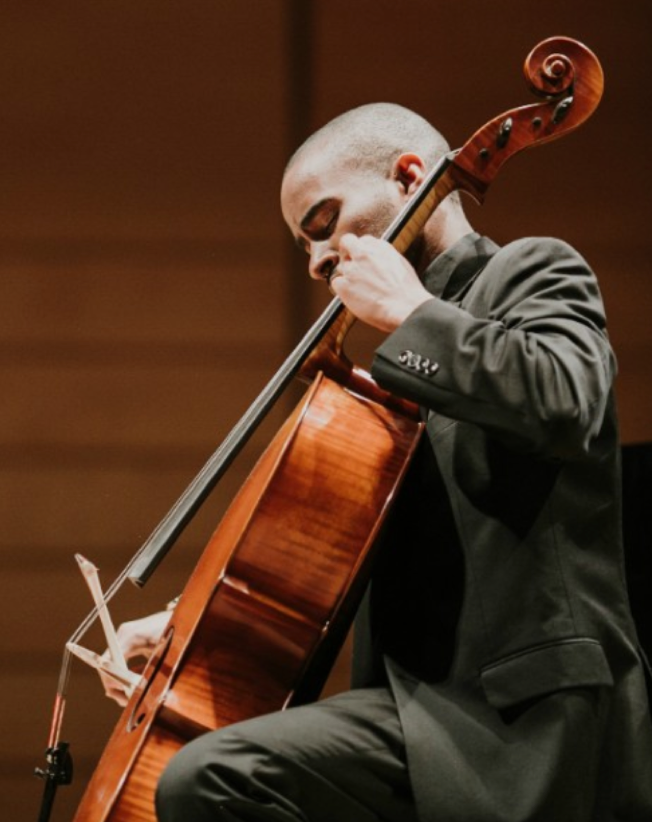 Acclaimed musician and arts ambassador Khari Joyner is one of the leading cellists of his generation. Dubbed by the New York Classical Review as one of the most exciting young musicians on the classical scene, he has a following nationally and abroad, and has made a number of accomplishments including teaching residencies and concert series for over […] 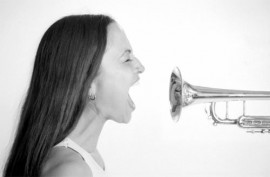 Kiku Collins has established herself at the heights of pop, jazz and R&B. This former “Jersey Girl” followed music on a journey out of her small town and onto the biggest stages in the world. According to Jazz Journal International, “Ms. Collins plays trumpet and flugelhorn like a twenty-first century Miles Davis.” Collins has performed […] 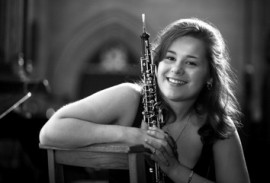 Kristin Leitterman defies modern convention as a solo artist of oboe and voice, bringing exciting and unusual programs to audiences. She has made it her responsibility to commission works for oboe/voice, and to date has four completed works by Jason Coleman, MuXuan Lin and Lyle Davidson, with many more to come. She holds degrees from […] 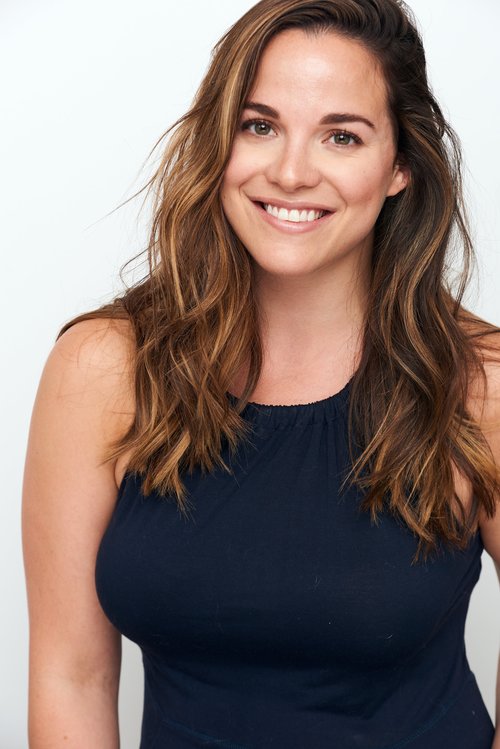 Kyra Kennedy is your atypical, not so run-of-the mill, Oklahoma born and bred, NYC-based actress and comedian with a heart of gold. When she’s not on the audition grind you can find her playin’ a sweet song on her guitar, training/complaining for a half marathon, or trying her best to give a tourist directions to […]

La Familia Sextet is an ensemble that features the original compositions of drummer, percussionist and vocalist Willie Martinez, as well as those of the members of La Familia, all top notch composers in their own right, along with new interpretations of a few familiar themes from the past. La Familia sextet’s music is a perfect […]

Lanny Hartley is a jazz pianist, conductor and composer who began his career as the pianist for his church in Burlington, New Jersey. With a solid gospel music background he went on to study Music Education at Indiana University. Jazz piano became his love and he performed with such great Jazz artists as Wes Alexandra, […] 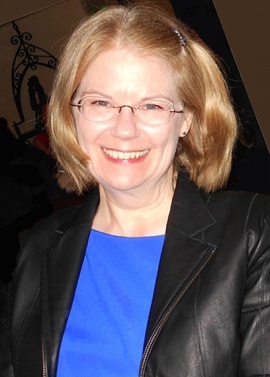 Lawrence Yurman is an experienced Broadway music director, orchestrator, and conductor. He has conducted a number of well-known Broadway productions, including Grey Gardens, Marie Christine, Raggedy Ann, Roza, Swingtime Canteen, and the Nathan Lane revivals of Guys and Dolls and A Funny Thing Happened on the Way to the Forum. Larry is currently serving as […] 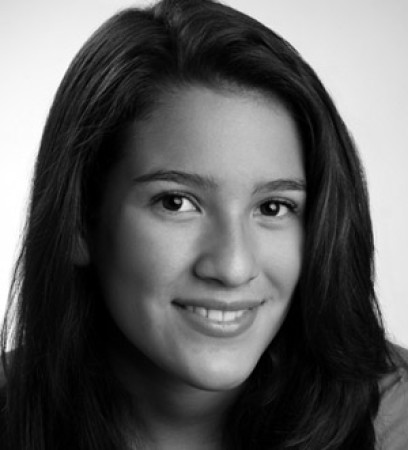 Lexi Bodick is a singer. She was touring with the national production of Waitress when she performed for Music for Autism. 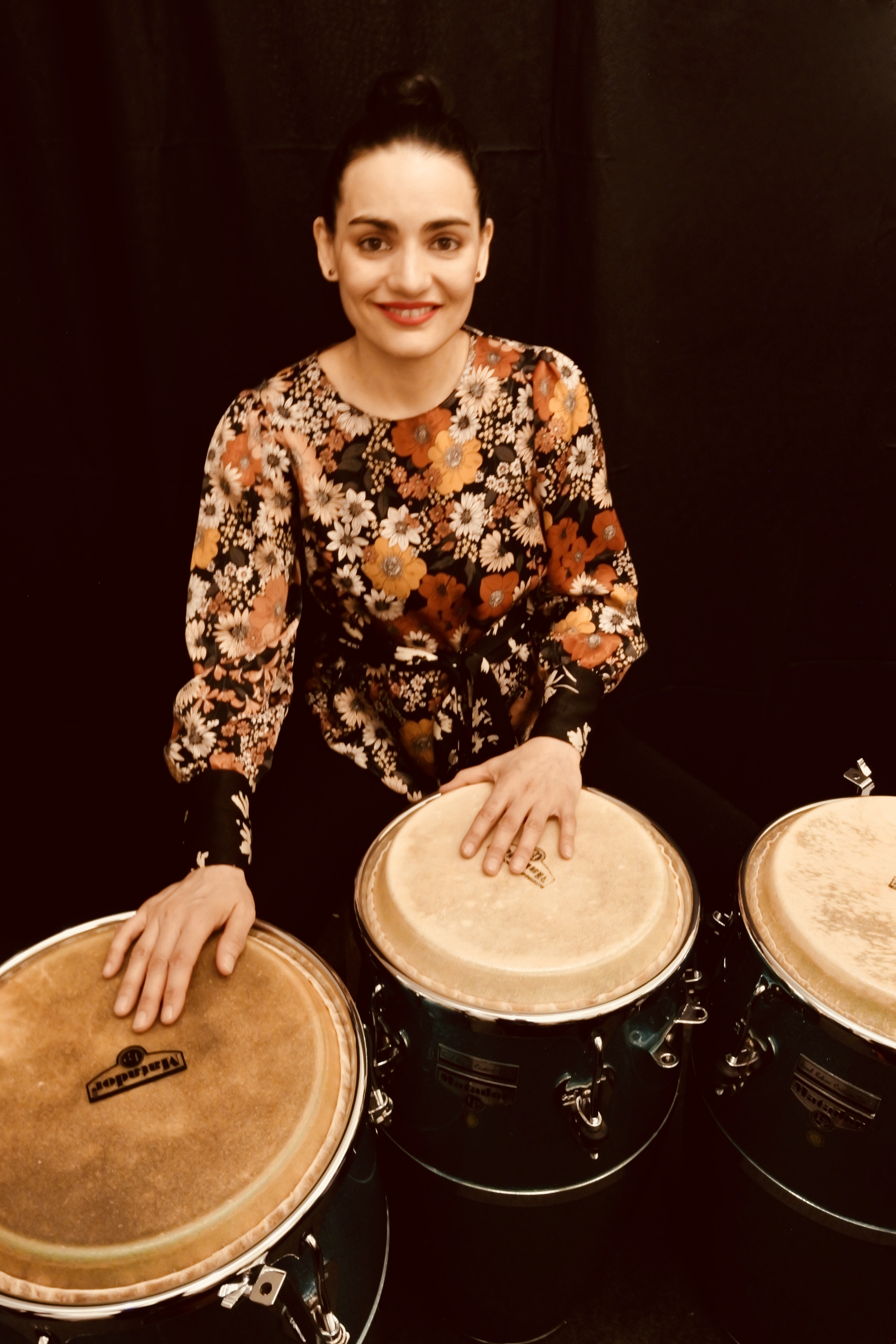 Lisette Santiago is a percussionist, vocalist and composer from Brooklyn, NY. At age nine, Lisette was accepted into The Metropolitan Children’s Opera and later received both classical and jazz vocal training at LaGuardia H.S. of Music and Art and Columbia University’s joint program with The Juilliard School. Versed in Latin percussion, Lisette was first recognized […]

Lora Ferguson joined the Capitol Woodwind Quintet in 1977, a few months after its founding.  She has been a member of the Kennedy Center Opera House Orchestra since 1980, serving as assistant principal clarinet and four seasons as acting principal clarinet.  Her career as a freelancer has included principal clarinet positions with the Filene Center […]