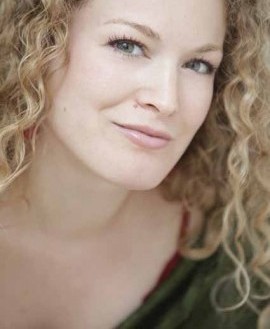 With her golden lyric voice, soprano Julia Chalfin has been applauded as a versatile singer and magnetic actress on the operatic stage. Julia has performed Gretel in Hänsel und Gretel, Donna Elvira in Don Giovanni,Micaëla in Carmen, Pamina in Die Zauberflöte, Diana in Diana Amante, Venus in Gourzi/Haydn’s Philemon & Baucis and Maid Marion in the world premiere of Hartmut Zöbeley’s Robin Hood. This summer she sang another world premiere of Zöbeley’s: Zottl und das Krokodil – ein Alpensingspiel. The singing, dancing, yodeling, bavarian speaking role of Reserl, the cheese maker, was written expressly for Julia’s talents.

A passionate proponent of making classical music accessible to everyone, Julia has made a name for herself as a cabaret performer whose original shows expose non classical audiences to “high art” through humor, stories and high quality vocal displays. She is currently performing an autobiographical cabaret, The Birth of a Diva, an evening of American composers A Taste of America, as well as her show Sopranos!, which provides the audience with a deeper understanding of classical music and explores the psychology of the prima donna. Her latest opera show, Frauen, die Brunchen with mezzosoprano Cornelia Lanz has attracted lots of attention throughout Germany.

From New York to Munich to Rome, Julia has appeared as the soprano soloist in the Mozart, Fauré and Pinkerton Requiems, Mahler’s 4th Symphony, Bach’s B Minor Mass and Christmas Oratorio, Haydn’s Nelson Mass, as Achsah in Händel’s Joshua. Regarding her performance in Händel’s oratorio Joshua in the Marienmünster in Dießen am Ammersee, critic Kurt Eischenseher wrote, “The duet with Soprano Julia Chalfin as Achsah, who let the bliss of love glowingly blossom with her bright and vibrating soprano voice, literally breathed romance upon the love scene and offered a tender and sentimental contrast to dreadful warfare (Neuburger Rundschau).”