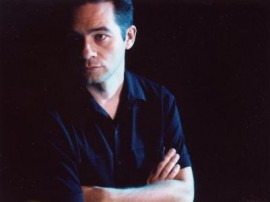 Jude Crossen gained critical acclaim with his Boston based “power pop” band Atlas Shrugged in the early 90’s, with its smart songwriting and lively performances. Nowadays, Jude is going the solo route in LA with continued success. His latest effort takes influences from the best of modern rock like: Muse, Foo Fighters & Green Day. His voice can also be heard in Film & TV shows such as: “America’s Got Talent” and “My Name Is Earl” the IFC channel and the 2004 Grammy nominated DVD/CD “The Hang”. In his spare time he is a member of The Lovelys: a rock n’ roll outfit made up of some of LA’s top touring & session players.