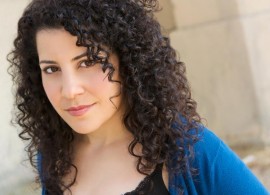 Julie Garnyé most recently played Aldonza in Man of La Mancha for PCPA Theatrefest at The Solvang Festival Theatre. Just prior to that, she completed a successful run as Lady Montague in Rockwell Table & Stage’s critically- acclaimed Romeo & Juliet: Love Is A Battlefield. Julie has also been honored to sing at the 2013 Academy Awards (The OSCARS), both Les Misérables and Chicago at The Hollywood Bowl, in concert with Liza Minnelli in New York and Los Angeles and in Open All Night: The Music of Lance Horne with Tony Award-winners Alan Cumming and Alice Ripley. Other credits include: Bway/NYC: HAIR (Actor’s Fund), Chess (Actor’s Fund), Children Of Eden, Broadway By The Year 1978, Lorna Luft’s Pink Party Concert. National Tour: Cats (Jennyanydots, Grizabella). London/West End: First Things Last (Garrick Theatre). Regional: The Light In The Piazza (South Coast Rep), Bat Boy, West Side Story, Fiddler On The Roof, Bye Bye Birdie. Her film and television credits include Disney’s “Tinker Bell and the Lost Treasure” (Lyria), “The Closer,” “The Little Richard Story” and “Debris” (LA Film Festival). A proud member of AEA and SAG/AFTRA. For more information, please visit www.JulieGarnye.com