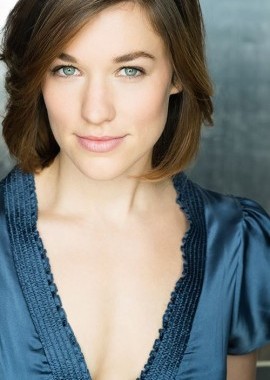 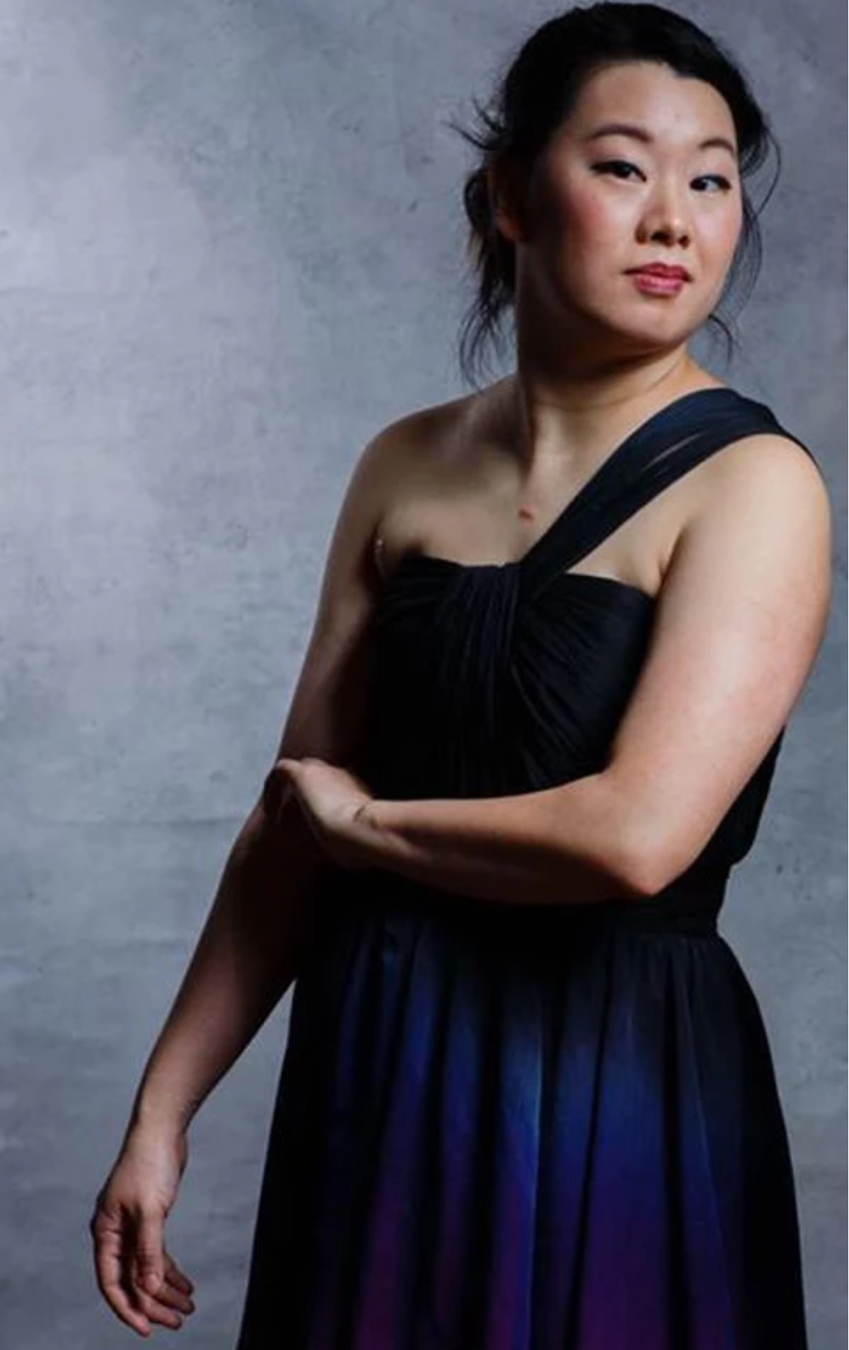 Lauded for her “particularly lovely” playing, collaborative pianist, Candace Marie Chien is a graduate of The Juilliard School, studying with Jonathan Feldman and Margo Garrett.  She received her Master’s degree in piano performance at the Manhattan of School of Music with the guidance of Jeffery Cohen and obtained her undergraduate degree in piano performance at […] 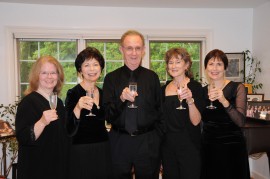 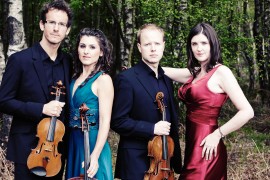 Based in the UK, the Carducci Quartet is recognised as one of today’s most successful string quartets, performing over 90 concerts worldwide each year whilst running their own annual festival in Highnam, Glos and recording label Carducci Classics, as well as holding residencies at Trinity Laban, Cardiff University and Dean Close School, Cheltenham. Winners of […] 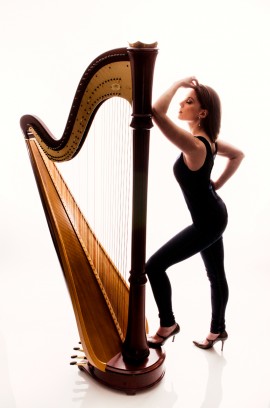 Winner of the 2013 Astral Artists National Auditions, The Juilliard School Robert Wayne Barlow Prize in Harp, two Canada Council for the Arts grants and the Canada Council J.B.C. Watkins Award. Ms. Cole is the only harpist to ever receive The Sylva Gelber Music Foundation Award and has twice received second prize at L’Orchestre Symphonique […] 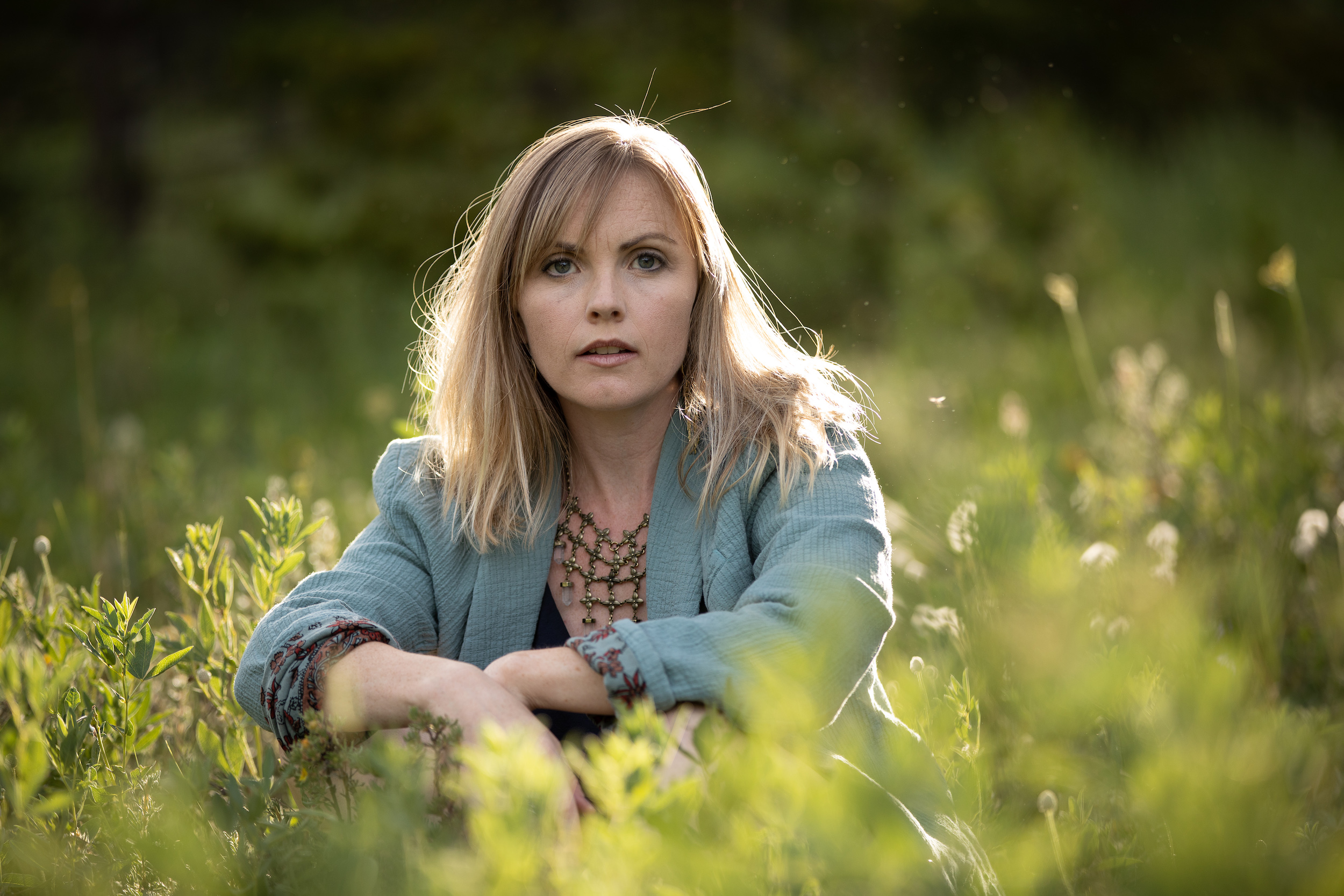 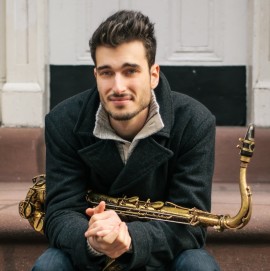 Chad Lefkowitz-Brown is a GRAMMY winning saxophonist known for his work in the jazz and pop genres. He has made television appearances with Taylor Swift and Phillip Phillips, and has toured on four continents with many esteemed jazz artists. Chad grew up in Horseheads, a small town in upstate New York. His father was a […]

The Children’s Orchestra Society, founded in 1962 by Dr. H.T. Ma, is a not-for-profit organization dedicated to “teaching the language of music” to children and teens. Our mission is to cultivate and nurture children and teach them teamwork and life skills through music-learning and performing in orchestral and chamber music settings. Members of COS receive […] 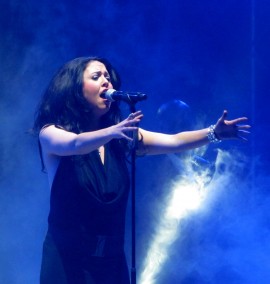 Chloe Lowery is an America singer/songwriter, actress, dancer, and television producer. Born in Largo, Florida by age nine she was performing professionally at corporate events and by the age of 12 she was signed to RCA Records. Lowery was the lead vocalist for Big Brother and the Holding Company for their 2006 summer tour. She […] 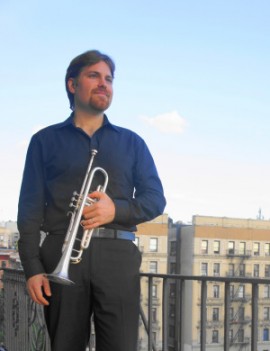 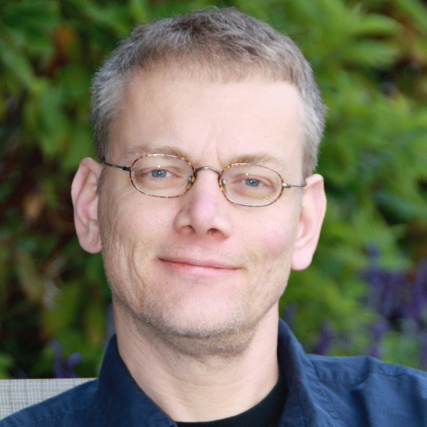 Born and raised in Germany,Christian has been playing the piano since the age of 5. For 20 years he hasbeen a musical director and musician throughout Europe and North and SouthAmerica for such musicals as JOSEPH AND THE AMAZING TECHNICOLOR DREAMCOAT,Disney’s THEHUNCHBACK OF NOTRE DAME (World Premiere Berlin, Germany), CATS (Berlin, Germanyand North and South […] 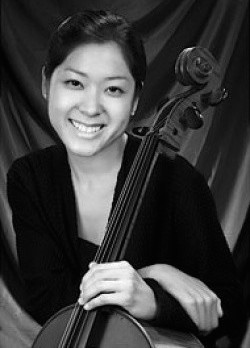 Cellist Clara Yang has appeared in numerous solo, chamber music, and orchestral performances at major venues and festivals across the United States and internationally. She earned her Bachelors and Masters Degrees at the Juilliard School where she studied with Joel Krosnick, and earned her Professional Studies Diploma at the Mannes College of Music under Timothy […] 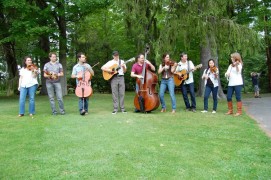 Classical Tangent is a lively group of musicians from the Boston Symphony Orchestra, Berklee College of Music faculty and other professional organizations who put their talents together to explore Folk music from around the world. While we feature several classical works on our programs, we base our performances on adapting these distinctly different folk styles […] 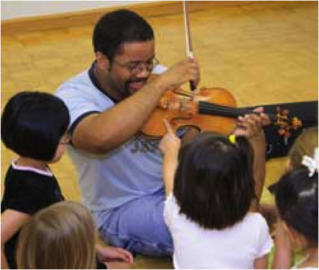 Creston is a violinist with the Houston Latin Philharmonic. He is also currently the Assistant Orchestra Director at Klein ISD. Previously he was the orchestra director at YES Prep in Houston and an instructor at the Shepherd School of Music at Rice University. 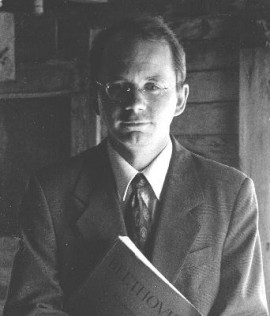 Cullan Bryant is among the most active chamber and collaborative pianists in New York City, maintaining a schedule of over 70 recitals a year. He has performed with many world-class artists including Ju-Young Baek, Emanuel Borok, Colin Jacobsen, Misha Keylin, Oleh Krysa, Julia Lichten, Midori, Sviatoslav Moroz, Peter Rejto, Paul Tobias, members of the Amati, […]

Versatile drummer Daleton J. Lee plays for many groups in the city of Houston and the surrounding area. A product of a musical father and artistically supportive mother, he grew up as musical child involved in singing, band and playing the piano. Daleton grew up playing with Jazz “Cats” like Mike Moreno, Robert Glasper and […] 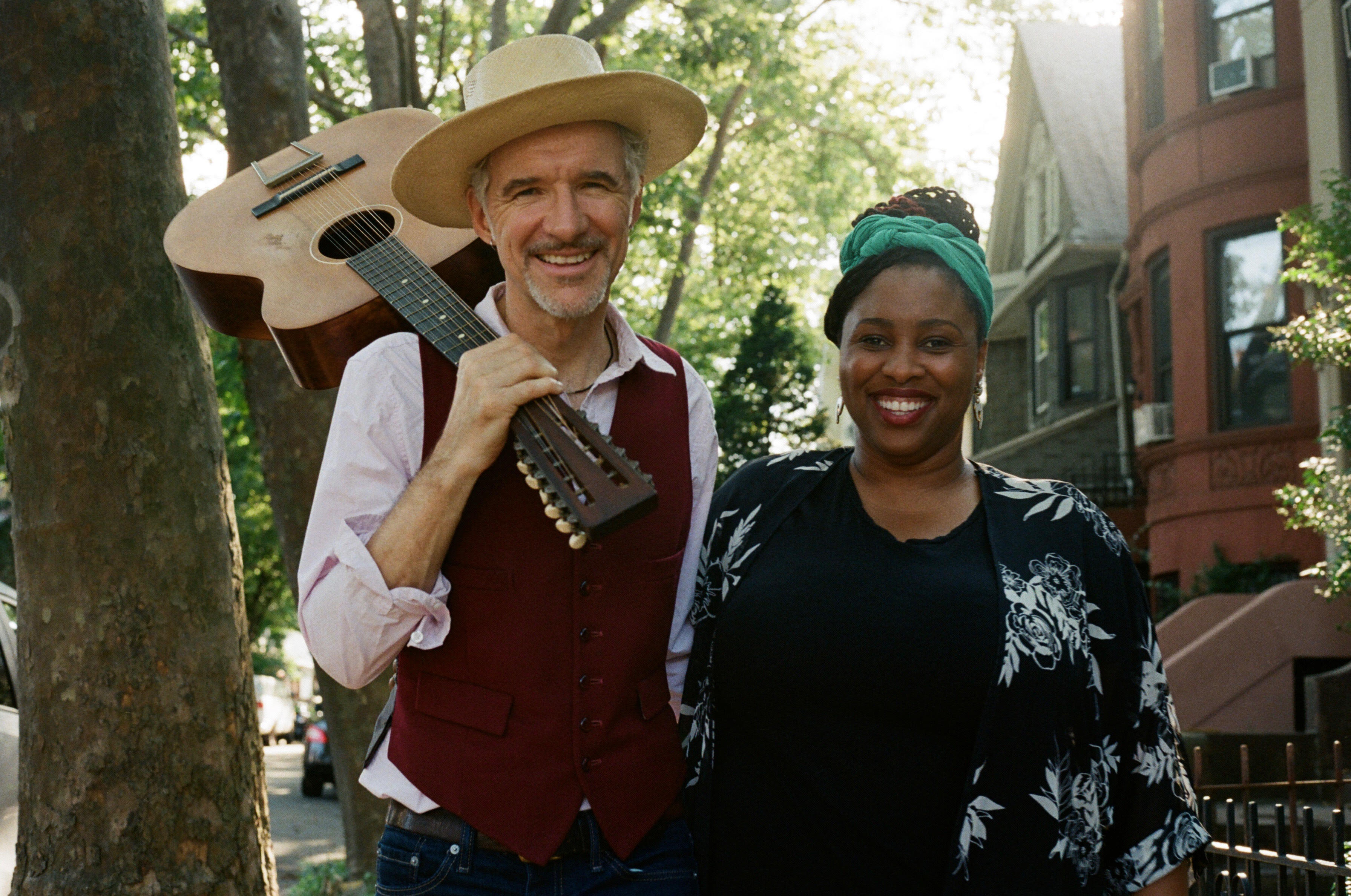 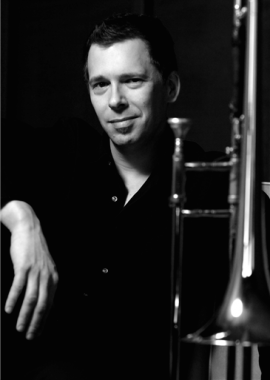 Trombonist David Gibson has enjoyed a varied musical career which is deeply rooted in the genres of jazz and funk. While reared in Oklahoma, Gibson’s musical journey steered him to New York City. Jazz luminary Curtis Fuller said about Gibson, “Out of all the young players I hear in the music today, David is one of very […] 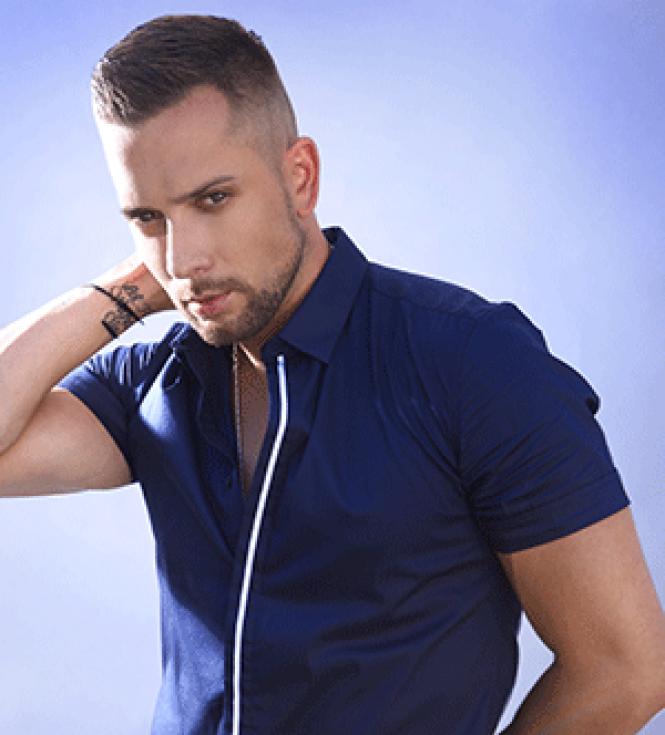 David Hernandez, American Idol Top 12 Finalist, is a songwriter and recording artist. He has appeared on The Ellen Show, The Today Show, Extra, Entertainment Tonight, Access Hollywood, Teen Choice Awards, Idol Gives Back and more. He toured with Ballroom with a Twist (spinoff of Dancing with the Stars) and Idols at Christmas. He plays a leading role in the film Synthetic Truth. David shared the stage with Jamie […] 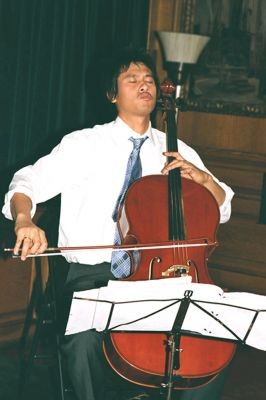 A graduate of the San Francisco Conservatory of Music, David Marc Tagle has traveled throughout the U.S., to China, London, the Philippines, Taiwan, Italy, and Canada giving chamber music and solo performances. He has participated in numerous festivals and seminars including the Amadeus, the Muir, and the Audubon string quartet seminars and the Aspen Festival, […]