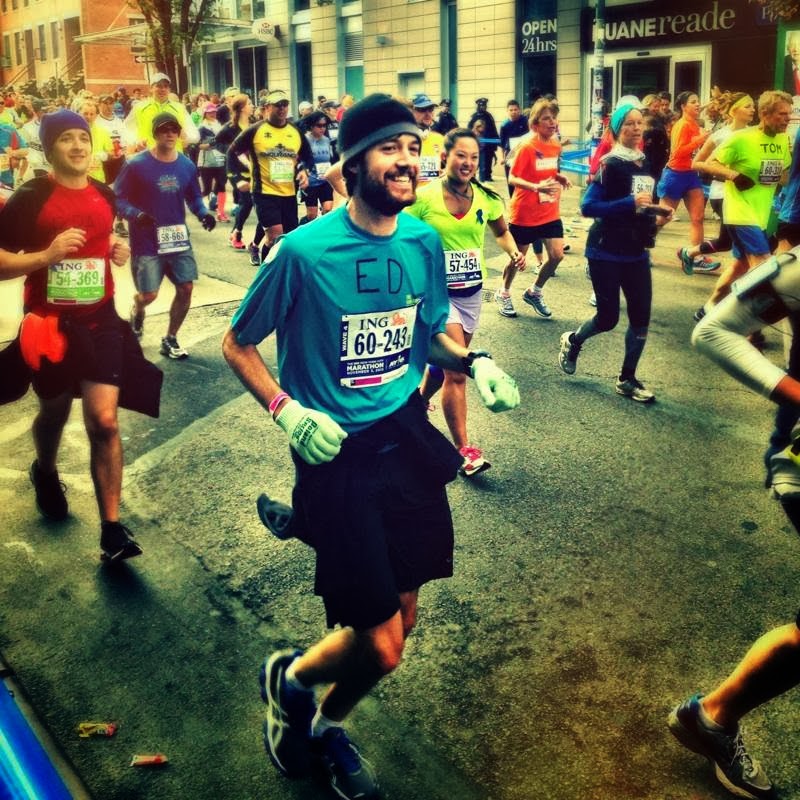 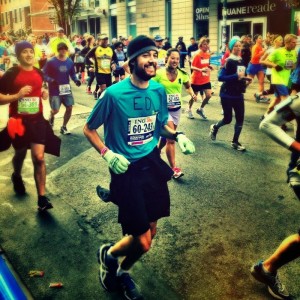 Music for Autism is so excited and proud of our Board member Jason Rich and Junior Board Member Ed Davisson for running the NYC Marathon on Sunday, November 3.  With your support they raised over $5,000 for M4A!

It was a chilly, autumn day but fans lined the streets to cheer on the runners.  This year marked the 43rd running of the ING New York City Marathon.  The race was particularly exciting as it was the first year since 2011 because the race was canceled in 2012 due to Superstorm Sandy.

Ed said of the marathon,  “I had an amazing time running this race. It was such a joy to see so many New Yorkers out on the course cheering, especially the Music for Autism cheering team and banner, and my friends with their (award-winning!) homemade signs. I would even consider running another one.”  He continued by saying, “Knowing that I was supporting Music for Autism’s mission made it much easier to stick to my training schedule.”

Thank you to Jason and Ed for running on behalf of Music for Autism and thank you to everyone for your generous donations.