Dr. Robert Accordino, US founder of Music for Autism, was asked to give a TEDx talk at Princeton University on November 23, 1013.  TEDx talks are independently organized lectures based on the TED Talk model.  The topic of the discussion at TEDx PrincetonU was “Disrupt” and many of the speakers focused on interdisciplinary work in their careers that blurs lines between disciplines. 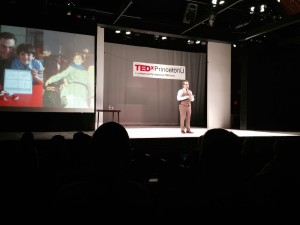 Dr. Robert Accordino, US founder of Music for Autism, delivered a TEDx talk at Princeton University in November

Robert gave his talk on Music for Autism, the beginnings of the organization, what autism means and how Music for Autism is a way for families impacted by autism to be exposed to the performing arts.  Robert said, “Families impacted by autism are greatly limited with regards to programs that are both accessible and understanding of the needs of their family member with autism. Music is something–particularly in contrast to language–that can be important in the lives of those with autism but live concert spaces often shut out those with autism since their responses to the performance may be misunderstood. So, we have created these interactive, exceptional and fully subsidized programs to respond to this need.”

He shared his experience of his first live performance, which was seeing the Broadway show Cats at age 6.  Robert knew at this time that he wanted to become a physician, but seeing this show also made him realize that the performing arts would influence his day to day as they do through his work with Music for Autism. 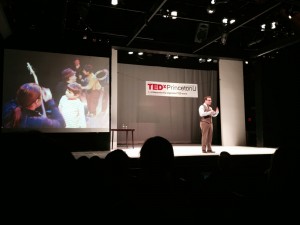