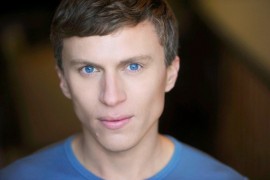 Matt Liesy is a British-American actor whose body of work spans film, television and theatre. Best known for his “star in the making” turn as Matt in the long-running classic The Fantasticks. Matt is also a Barrymore Award Nominee for The History Boys at The Arden Theatre, for a role he also played at St. Louis Rep. Recent appearances include Ken in John Logan’s Red at the Clarence Brown Theatre. Live from Lincoln Center on PBS, Algernon in The Importance of Being Earnest at the Arizona Theatre Company, and Bingley in Cincinnati Playhouse in the Park’s upcoming production of Pride and Prejudice. Trained at Northwestern University, Matt continues to study with Seth Barrish at the Barrow Group.