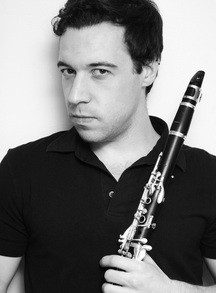 Jesse Gilday is an active orchestral, chamber, and solo clarinetist, bass clarinetist, and teacher. A finalist in the 2012 International Clarinet Association’s orchestral audition competition, he serves as principal clarinet in the Ars Viva Chamber Orchestra of Tarrytown, NY, and the NYU Symphony. Jesse has also performed with the One World Symphony (NYC) and the Cape Ann Symphony (MA).