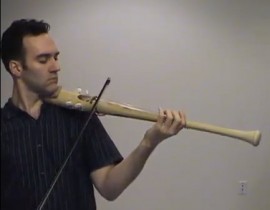 Glenn Donnellan, violinist in the National Symphony Orchestra, is a native of Washington State. He joined the National Symphony Orchestra in 1997. He earned his Bachelor of Music degree in violin performance at the University of Minnesota under Almita and Roland Vamos. He continued studies with Jorja Fleezanis as a member of the University of Minnesota Graduate String Quartet and moved on to being a professional freelance musician in the Twin Cities until joining the NSO.

Mr. Donnellan’s primary outreach activity is through National Symphony Orchestra programs. He gives nearly 100 performances throughout the DC public schools each year, and presents performances for young audiences in the Kennedy Center Family Theater and other venues. He performs these same outreach programs for thousands of children annually during the NSO American Residency, which takes place in a different state each year.