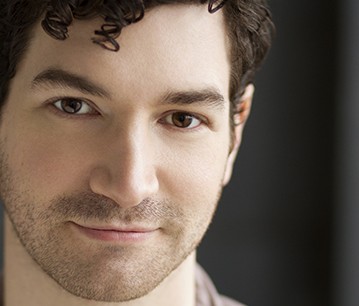 Adam Wachter is a composer, lyricist, music director, arranger, orchestrator, and pianist based in New York City. The premiere concert of his original music and lyrics was presented at 54 Below in November of 2014, and his original musical Tarrytown, a modern-day adaptation of Washington Irving’s “The Legend of Sleepy Hollow,” for which Adam wrote music, book, and lyrics, had its first public reading at the Diversionary Theater in San Diego this past summer. Sheet music to his songs can be purchased at www.newmusicaltheatre.com.

Most recently, Adam has been scoring for film and television. In 2013, he completed his first full-length film score on Jake Wilson’s comedy “You Must Be Joking.” The independent feature, which gains worldwide distribution in April 2015, was produced by Kevin Iwashina (“Jiro Dreams Of Sushi,” “The Truth About Emanuel”) and stars James Wolk (“Mad Men”), Vanessa Ray (“Blue Bloods”), Helene Yorke (“Masters Of Sex”) and Margaret Colin (“Gossip Girl”). In that same year, he orchestrated the score for the PBS Great Performances documentary “Broadway Musicals: A Jewish Legacy” directed by Michael Kantor (“Make ‘Em Laugh,” “Broadway: The American Musical”). He also composed and orchestrated the theme song and score for the smash hit web series “Submissions Only” and several pieces of score for Sour Patch Kids’ “Breaking Out” YouTube campaign series.

He is the music producer for The Battery Company’s series of online shorts, contributing music for the viral videos “Werq: The Labor Day Song,” “Serial: The TV Show,” and “Shit I Love,” and was responsible for supervising all music on both seasons of the cult favorite YouTube series “The Battery’s Down,” which featured original songs by Broadway’s top composers, including Tom Kitt (Next To Normal), Jeanine Tesori (Thoroughly Modern Millie, Shrek), and Lisa Lambert (The Drowsy Chaperone), in addition to composing new songs himself. For MTV’s pilot “Making It,” a musical reality series, he was hired to create and produce new arrangements of songs by Beyoncé, Demi Lovato, and Coldplay.

Adam was responsible for the arrangements and musical supervision for the long-running Off Broadway hit Old Jews Telling Jokes and subsequently supervised the popular production at the Royal George Theater in Chicago, for which he also provided orchestrations. He conducted the critically-lauded Unlock’d at the Duke Theater on 42nd Street, and he previously provided music direction on several other Off- and Off-Off- Broadway productions, including Yank! (York Theater), In Transit (Primary Stages), Danny Visconti is Hill-bent, and Jason & Ben. His arrangements and orchestrations for Perfect Harmony, Perez Hilton Saves The Universe, and Spidermusical are currently licensed with production rights to those shows across the country, and each featured Adam as Music Director in its original New York production.

Regionally, Adam has worked at many of the nation’s top theaters, including the world premiere of Dog and Pony at the Old Globe and other shows at Shakespeare Theatre Company, Barrington Stage Company, North Shore Music Theater, Northern Stage, Weston Playhouse, and Theatre-by-the-Sea, among others. He served as Music Director at the O’Neill Theater Center’s 2011 Cabaret Conference and also on TheatreworksUSA’s national tour of We The People, and recently acted as Music Supervisor on a new immersive production of Carrie in Los Angeles.

For “Glee”’s Lea Michele and Jonathan Groff, Adam created arrangements, orchestrations, and provided musical direction for their “True Colors Cabaret” at Feinstein’s in late 2009. He has written arrangements and/or orchestrations for many other benefits, including an Easter Bonnet competition for BC/EFA at Broadway’s Minskoff Theater, a Miscast benefit for MCC Theater at the Hammerstein Ballroom, Broadway in South Africa’s annual gala (also at the Hammerstein), and Broadway Backwards at the Hirschfield Theater. In both 2014 and 2015, Adam helped create musical numbers for NYC’s Mayor Bill de Blasio appearances in the annual Inner Circle Show. He also orchestrated and produced the music for the opening numbers of the 2010 Streamy Awards and the 2011 Writers Guild Awards East, performed by Kristen Schaal (“30 Rock,” “The Daily Show”).

As an associate to vocal arranger AnnMarie Milazzo, Adam has assisted in creating arrangements for Burt Bachrach, Steven Sater, and Sea World. They have written two original children’s musicals together to be produced for audio download and are at work on a third.

Adam is a member of the Associated Federation of Musicians (Local 802), Mensa, and ASCAP as both a writer and publisher through his company Contumacious Creatures Music. He graduated from the University of Michigan’s School of Music in 2005 with a Bachelor of Theatre Arts. He can be found online at adamwachter.com and is represented exclusively by Diana Glazer at ICM Partners.