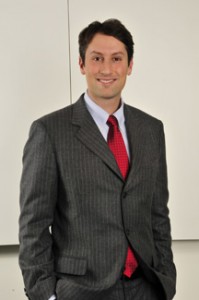 Erik is an associate in Wiggin and Dana’s litigation department. Before joining Wiggin and Dana, Erik represented the office of the Governor of South Carolina in connection with impeachment proceedings initiated against Gov. Mark Sanford. Erik participated in a brief on behalf of the Office of the Governor that was referenced in the House Judiciary Subcommittee’s panel decision not to impeach Governor Sanford.

Erik also served as an assistant attorney general for the office of the Connecticut Attorney General, working in both the special litigation department and the antitrust department. At the Attorney General’s office, Erik defended numerous state officials and state entities, including the office of the Governor and the Connecticut Judiciary, from civil suit in both federal court and state court. In addition, he conducted investigations of Fortune 500 companies relating to potential violations of antitrust laws and the Connecticut Unfair Trade Practices Act (CUTPA).

Erik formerly worked at the United States Department of Justice in the national criminal enforcement section of the antitrust division. He is the founder of Change America, LLC, a company dedicated to bringing investment services to middle- and low-income Americans.