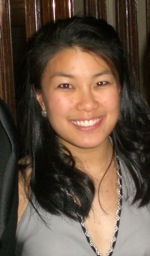 Alice Shih LaCour serves as a law clerk on the Fifth Circuit Court of Appeals. Previously, she served as a law clerk on the United States District Court for the Southern District of Texas. Prior to moving to Houston, Alice worked as an empirical researcher for Professor Ian Ayres at Yale in law and economics where she assisted in publications covering a wide range of topics including racial profiling, gun control, energy conservation, retirement investment strategies and the New York Times Freakonomics blog.