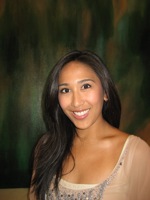 Akila is a vice president in Corporate Derivatives within the Investment Banking Division at Goldman Sachs in New York City. Akila joined Goldman Sachs in 2004 as an analyst in Corporate Derivatives, was promoted to associate in 2007 and became a vice president in 2009. Throughout her career with the firm, she has worked with a number of clients across industries on interest rates and foreign currency risk management transactions, and is currently providing primary coverage for the Investment Grade Natural Resources Derivatives effort.

Akila earned an A.B. in Politics and a Certificate in Finance from Princeton University in 2004.