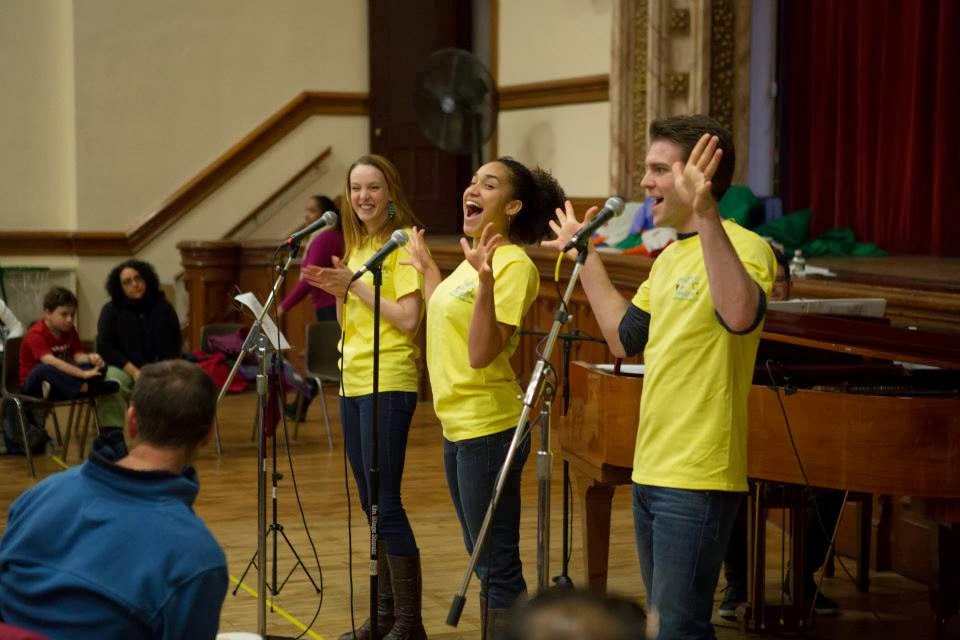 Music for Autism’s Final Concert of 2013 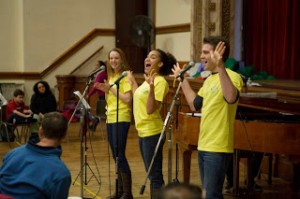 Billy Tighe, Gabby McClinton and Bethany Moore performing choreography during the concert time at the December 7 Music for Autism performance

We had our final 2013 performance on Saturday, December 7, and what an amazing concert it was! Three performers from the cast of Broadway’s Pippin,  Billy Tighe, the understudy to Pippin, Gabby McClinton, the understudy to Leading Player and Bethany Moore, the understudy to Katherine with Associate Music Director Sonny Paladino on piano led a full audience in song and dance.  The concert began with a couple of songs from Pippin, then the three performers taught the entire audience choreography from the show.  The concert time also included some well known Disney songs.  In the holiday spirit, the conducting time was Frosty the Snowman.  Finally, during percussion time, everyone in the audience had an instrument and lively played along to the finale of Pippin.

Jennifer, the mother of a thirteen year old daughter, Anna, wrote after the concert, “I have done many things with Anna over the years–bringing her to Broadway shows, museums, Radio City Music Hall, tree lighting/caroling, Sesame Place and Disney World. I can honestly say that today’s concert was one of the outings that Anna enjoyed most in her life. She felt so comfortable in the presence of your lovely performers and volunteers and she smiled during most of the program and didn’t ask to leave at any point. The music was spectacular, of course, but even more meaningful was the open hearted attitudes of the performers and the volunteers. It was a delight to see how much all of the children and parents were enjoying themselves as a family. I’m sure that you know how anxiety provoking it can be for families to constantly use the principles of ABA to plan for success in the community, especially in large crowds where children are meant to be “well-behaved.” Even when Anna has enjoyed herself in the past, I have often been too stressed to fully enjoy it along with her.  It was a rare pleasure for me to unencumbered by that anxiety in the community because of the “autism-friendly” environment. It literally brought me to shed tears of joy.”