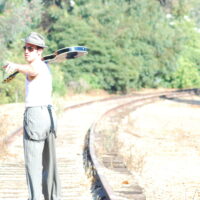 Kerry has been playing music as far back as he can remember. At 10 years old, he began privately studying electric bass, followed a year later by electric guitar, which became the love of his life.

After working at a school for people with autism, Kerry became inspired to write and
record a children’s record promoting social skills entitled Songs About Us. Since its release, it
has received numerous awards and accolades, national attention, reviews in Billboard and The
Huffington Post, and enabled him to perform at schools, camps, events, and benefits across the
country.

Join Kerry and his joyful, eclectic style back to Music for Autism!

Please RSVP using the form below. If you have any trouble using this form, you can RSVP by emailing rsvp@musicforautism.org.